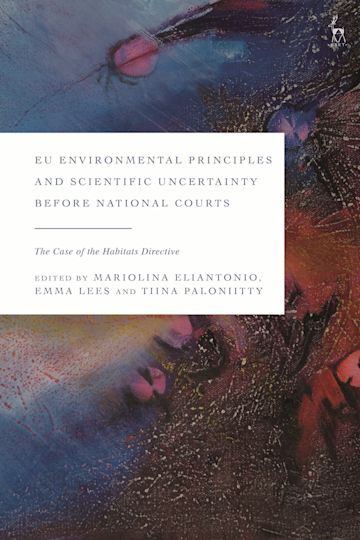 Habitat loss is one of the main threats to biodiversity. The current picture is bleak. Deteriorating trends continue to dominate in Ireland. The Environmental Protection Agency reports that the current assessment is ‘very poor’, especially for protected habitats (Ireland’s Environment: An Integrated Assessment, 2020). The climate and biodiversity crises place the spotlight firmly on the capacity of our environmental laws to protect precious habitats and species and slow dramatic declines in conservation status. The Habitats Directive (Directive 92/43/EEC) obviously plays a vital role here.  This brief contribution focuses on its enforcement in Ireland through judicial review.

Nature of the remedy of ‘judicial review’

Approaches to judicial review vary considerably across the Member States of the European Union (EU). The standard (or intensity) of review applied by the courts is shaped to a considerable extent by the overarching structure of environmental governance at national level. Added to this, local legal and administrative culture plays a powerful role in determining what the national system will ultimately regard as ‘unlawful’ decision-making.

In Ireland, judicial review proceedings are brought before the High Court which will usually comprise one judge (with a background as a practising lawyer) sitting alone. As things stand, Ireland does not have a specialist ‘stand-alone’ environmental court. The Government is committed to establishing a new ‘Planning and Environmental Law Court’ as a division of the High Court.

Essentially, judicial review involves the court examining whether the contested decision was taken in accordance with the law; it does not involve the court engaging in a fresh examination of the merits of the application for development consent. The merits of an administrative decision may only be challenged indirectly on the basis that the contested decision is ‘unreasonable’ or ‘irrational’. The doctrine of unreasonableness (or irrationality) is a fundamental element of the law of judicial review in Ireland.

The fact that judicial review is concerned with legality, rather than merits review, means that judges are not usually required to engage in their own assessment of the scientific evidence. The issue for the court to determine is usually whether the competent authority had sufficient material before it to support the conclusion reached.

The classic statement of principle was set out in O’Keeffe v An Bord Pleanála [1993] 1 IR 39, where the Supreme Court confirmed that the circumstances in which a court can intervene on the basis of alleged irrationality ‘are limited and rare’. More specifically, a court cannot interfere with an administrative decision on the grounds that the court itself would have raised different inferences or conclusions from the facts, or because it is satisfied that the case against the contested decision was stronger than the case for it.

The justification for this narrow approach is grounded firmly in the fact that the Oireachtas (Parliament) has vested the task of making what are often complex and highly controversial planning decisions in expert public authorities (local planning authorities and An Bord Pleanála / the Planning Board) rather than the courts. The judges themselves are not experts in technical and scientific matters.

O’Keeffe demands that to succeed based on alleged ‘irrational’ decision-making the applicant seeking judicial review must prove that the decision-maker had no relevant material before it to support its decision. This approach sets a very high threshold, which is difficult to meet in practice. It is important to appreciate, however, that ‘unreasonableness’ or ‘irrationality’ is only one of the many grounds on which a planning decision may be challenged.

Judicial review and the Habitats Directive

It is clear from O’Keeffe that where a decision has been taken by an expert public authority, the courts will tend to defer to that authority’s expert judgement. The Habitats Directive, however, creates specific obligations which require the national court to examine how the competent authority addressed ecological concerns during the various stages of the decision-making process.

In the context of the prescriptive obligations imposed on the decision-maker under Article 6(3) of the Habitats Directive, the contemporary Irish jurisprudence confirms a fairly robust level of review to verify whether the competent authority conducted a lawful appropriate assessment. This inquiry involves the court considering the scientific evidence underpinning the appropriate assessment to ensure that there is no gap in the material on which the assessment and determination is based. The adequacy of the reasons provided by the decision-maker in support of its conclusions is another critical factor in these cases.

The leading authorities here are Kelly (Eamon) v An Bord Pleanála [2014] IEHC 400 and Connelly v An Bord Pleanála [2018] IESC 31. In Connelly, the Supreme Court explained that the ‘overall conclusion’ which must be reached before the competent authority will have jurisdiction to grant development consent following an appropriate assessment ‘is that all scientific doubt about the potential adverse effects on the sensitive area have been removed’. There is also a separate obligation on the competent authority ‘to make specific scientific findings which allow that conclusion to be reached.’

The Supreme Court identified ‘four distinct requirements’ which must be satisfied for a valid appropriate assessment determination to be taken:

First, the [appropriate assessment] must identify, in the light of the best scientific knowledge in the field, all aspects of the development project which can, by itself or in combination with other plans or projects, affect the European site in the light of its conservation objectives. Second, there must be complete, precise and definitive findings and conclusions regarding the previously identified potential effects on any relevant European site. Third, on the basis of those findings and conclusions, the [competent authority] must be able to determine that no scientific doubt remains as to the absence of the identified potential effects. Fourth and finally, where the preceding requirements are satisfied, the [competent authority] may determine that the proposed development will not adversely affect the integrity of any relevant European site.

As regards the obligation to give reasons where an appropriate assessment is undertaken, the Supreme Court insisted that the decision-maker is required, not only to provide reasons for reaching the relevant conclusion, but ‘to make complete, precise and specific scientific findings’ which justify that conclusion.

As confirmed recently by the Supreme Court in An Taisce v An Bord Pleanála [2022] IESC 8, while the legal burden of demonstrating the invalidity of any grant of development consent in cases arising under the Habitats Directive will always rest with the party seeking judicial review, it is clear from Case C-258/11 Sweetman v An Bord Pleanála EU:C:2013:220 that the evidential burden rests with the competent authority to demonstrate that it has conducted an appropriate assessment which meets the requirements of Article 6(3).

At a more general level, the jurisprudence demonstrates that the Irish courts have gradually come to play a more interventionist role in review of decision-making by public authorities when called upon to enforce the Habitats Directive. In the specific context of Article 6(3), the courts will consider the scientific evidence that was before the decision-maker to determine whether obligations arising under EU and national law have been met. This approach stands in sharp contrast to the jurisprudence concerning environmental impact assessment, where the orthodox, highly deferential approach to the expertise and judgment of public authorities continues to hold sway (see further Ryall, ‘Enforcing the Environmental Impact Assessment Directive in Ireland: Evolution of the Standard of Judicial Review’ (2018) 7 Transnational Environmental Law 515).

The classic, narrow approach to judicial review set down by the Supreme Court in O’Keeffe v An Bord Pleanála remains the mainstream standard as regards the intensity of review undertaken by the Irish courts. The judges are not experts in technical and scientific matters and they tend to defer to the expert judgment of the relevant competent authority.

As regards the prescriptive requirements set down in the Habitats Directive, the contemporary jurisprudence confirms that the courts now play a more interventionist role in review of decision-making where Article 6(3) is in play. The decisions in Kelly and Connelly also confirm the strong interconnection between rationality and reasons. The reviewing court must ensure that the decision-maker applied the correct test and recorded its conclusions appropriately. It remains the case, however, that the O’Keeffe principles continue to dictate the extent to which the courts carry out their supervisory function. This is clear from Kelly (Eoin), Rushe and Highlands Residents Association where the High Court confirmed that it is for the competent authority to determine whether it has sufficient material to carry out its functions under Article 6(3) and that such determinations are only open to challenge on the basis of the O’Keeffe principles.

It remains to be seen how the jurisprudence will evolve as regards the standard of review in appropriate assessment (consider, e.g., the interesting observations on this point in Environmental Trust Ireland v An Bord Pleanála [2022] IEHC 540 para. 229). There is an obvious tension between the deferential O’Keeffe standard and the EU law principle of effective judicial protection. In conclusion, the standard of review applied by the Irish courts has proven to be resilient to the influence of EU law to date.

Ireland has established a Citizens’ Assembly on Biodiversity Loss tasked with examining how the State can improve its response to the issue of biodiversity loss and to bring forward proposals in that regard. It comprises 100 members, including an independent Chair, and 99 randomly-selected members of the public. Effective implementation and enforcement of nature laws has emerged as a key theme in the Assembly’s deliberations. It is due to report to the Oireachtas in December 2022.

Posted by Áine Ryall (Professor at the School of Law, University College Cork and Chair of the Aarhus Convention Compliance Committee). This blog is written in a personal capacity. 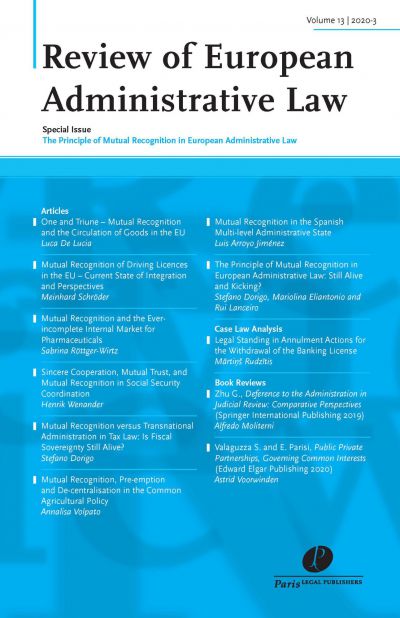